The article is intended to contribute to our understanding of this concept by contextualizing the figure of the cultural entrepreneur. It seeks to examine the ideological and economic context of the concept of entrepreneurship. It is guided by two questions: “Is cultural entrepreneurship something other than a political or institutional injunction?” and “What are the implications, implicit or explicit, of defining this notion?”

Artists have been assuming a managerial function for a very long time. Indeed, they must com-bine diverse resources in order to develop their projects. For example, Beethoven (1770–1827) embarked on his career at a turning point in the music economy: for diverse reasons, audiences increased, new concert halls and instruments were created et cetera; these elements afforded Beethoven an opportunity to produce major musical compositions (Bourdieu 2002). “Beethoven was able to be a great music innovator because he was a great economic entrepreneur. His economic genius, which was absolutely at the service of a music project, was to take advantage – with a degree of pragmatism – of the coexistence, during a period of transition, of several competing sources of income, sometimes perceived as incompatible: the music room and the concert hall, pensions or subsidies paid by cultured patrons… and public admission tickets” (Bourdieu 2001).

For a long time, artists and craftsmen were seen as pursuing the same kind of activity (Greffe 2012). During the Middle Ages (Guillouët et al. 2014), studios, often inherited from family, gathered together artists and craftsmen. These studios operated as small business enterprises, making whatever tools they needed (brushes, paints, varnishes) and purchasing only the raw materials. Thus, the artist was “first a technician, before being an artist, and needed to know how to do everything along the production chain” (Greffe 2012). The studios created and sold products, which were often manufactured in limited series (Greffe 2012). They were also training centres, where the masters taught their pupils and involved them in the creation of masterpieces (Guillouët et al. 2014).

At first the cultural entrepreneur was a financier engaged with artists, then an intermediary between artists and their customers. Gradually this role expanded and cultural entrepreneurs began to influence the market and the artists themselves by acting as their advisor or providing them with the goods and services they needed to develop their art. Artist-entrepreneurs, or cultural entrepreneurs’ innovations have greatly contributed to the development of the art sector.

The appearance of the notion of cultural entrepreneurship follows the increasing prominence, since the 1980s, of the economic question in the cultural sector (Henry 2018), in part being whether the government should subsidize the for profit part of the cultural sector.

The emergence of economic problems in the cultural milieu generated a controversy that persists to this day and is linked to the terminology debate pertaining to expressions like cultural industries, creative industries, and creative economy that should be used to describe the cultural sector. 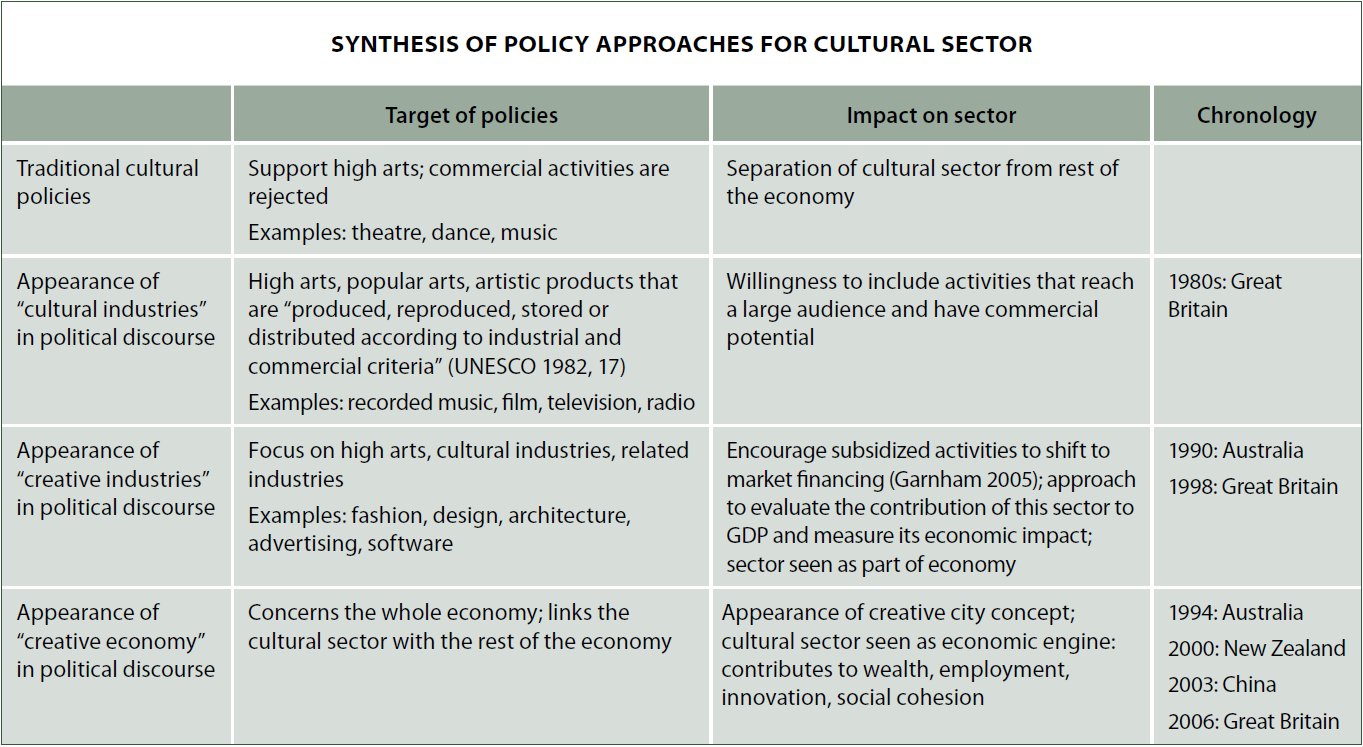 Cultural entrepreneurship has been the subject of increasing interest by politicians since the early 1990s, and particularly since the turn of the century. For Klamer (2011), the most relevant definition of “cultural entrepreneur” is that set out in 1999 by Rick van der Ploeg, as Dutch secretary of culture and media, in Enterprising Culture. A cultural entrepreneur is a person who combines two skills: “(1) Knowledge of and sensitivity towards the arts and creative processes, possibly combined with the ability to spot creative talents. (2) Knowledge and comprehension of the potential public and marketing techniques” (Klamer 2011).

Contact us at mmiam@hec.ca to request a free copy of the full article published in the International Journal of Arts Management, Volume 22, Number 2, Winter 2020.